You Shouldn't Fear Your Competitors. You Should Learn From Them. 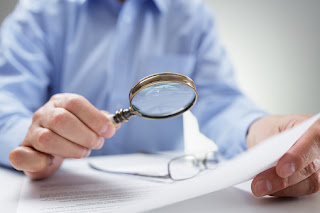 As is true in most industries, there are days where it probably seems like every time you turn around you've got some new competitor to deal with. Your market space was already a tight one - now you've got to worry just as much about the companies that are vying for the same market as you do about the market itself.

For as frustrating as this can be, however, it also represents a fantastic opportunity that is just waiting to be taken advantage of if you really know what you're doing.

At the end of the day, you shouldn't actually fear your competitors at all. You should see them as a source of education and inspiration.

The Canary in the Coal Mine

One of the biggest reasons why you should try to learn from your competitors instead of fear them has to do with the fact that you're trying to accomplish the same goal. You just have two completely different approaches about how to best do that. You're still operating in the same industry, and you're still trying to reach the same basic audience. From a marketing perspective alone, this is much more exciting than you probably realize.

Remember that success in marketing comes down to knowing as much about your audience as possible to get the right message in front of the right people at the right time. When your closest competitor launches a particularly successful marketing campaign, sit back and ask yourself "why?" Dive deep into exactly what they did and how they did it. What language choices did they make? What print avenues did they explore? What part of their timing played a roll in their success? Did they do anything particularly noteworthy in terms of font or other design selection?

From a certain point of view, it's almost like you get to naturally A/B test every campaign that you run without spending additional money because you've always got someone trying to hit targets that are very similar to yours. Pay attention to what they're doing and see what works and what doesn't. Then, figure out how to adapt this information to your own efforts. Rest assured, they're probably looking at you in the same way.

You're All in this Together

An even more important reason why you shouldn't fear your competitors is also a simple one: you're truly all in this together. Think about it like this: the audience that you're trying to serve and the audience that your closest competitors are trying to serve are one in the same. You've both pledged to make the lives of these people better through your products and services. Make no mistake, this is a terrific situation to be in for everyone involved.

For starters, competition is healthy. Every time your closest competitor hits a home run with a new product launch or marketing campaign, it shouldn't make you depressed - it should make you want to wake up tomorrow morning and try that much harder.

Your audience will absolutely benefit from this healthy sense of competition and that is an incredibly important position to be in for all of you.