Showing posts from May, 2016
Show all

Realize the Amazing Power of Your Blog: Blogging and Social Media 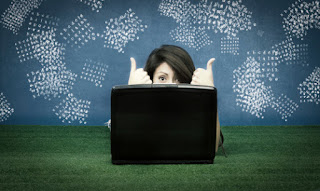 Digital marketing, it's pretty simple, right? Draft up 500+ words of amazingly educational and entertaining content, upload it onto your blog, maybe sprinkle on a little SEO magic and you're good...right? Well, let's just put it this way: if you have teenagers, they're rolling their eyes at you. If you have dogs, they're staring at you with that head-cocked-to-the-side look they give you when you're missing the obvious. Ok, maybe it's not as obvious as pick up ball...throw ball, but if you spend any time reading about online marketing, you've got to know how important of a role your blog can play in growing your client base. Don't worry, though, you're not alone. It's surprising how many established and emerging businesses underestimate the power of their blog. With a few added steps, you too can realize the amazing power of your blog. Active Content Distribution When you were planning your wedding or "Sweet 16" part
Post a Comment
Read more

Innovation: What Living Outside the Box Really Means in Terms of Your Career 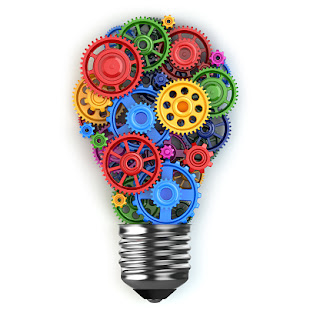 Gone are the days where to really make an impact in your career, you had to prove yourself to be the best little worker bee out there. While having a strong work ethic and the determination to accomplish any task that you're given are always important regardless of the business you're talking about, they have been superseded in recent years by something much more important: innovation. According to a study conducted by Fast Company.com, employers are increasingly looking not at the surface-level work histories of applicants when hiring new employees, but at their history of innovation. Employers want critical thinkers because critical thinkers don't just get the job done - they flip the job on its head and do it in a way better than anyone ever has before. If you really want to use this idea to your advantage and lay the foundation for positive growth in terms of your career, it isn't good enough to just think outside the box. "Outside the box" just of
Post a Comment
Read more

DON'T FORGET YOUR CALL TO ACTION! 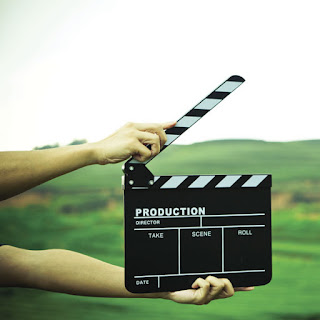 You’ve designed a terrific direct mail piece. You have high-quality graphics and are printing on premium stock. Your headline jumps out, your marketing copy rocks, and you’ve got multiple response mechanisms, including QR Codes. There are even social media icons for viral sharing on the landing pages of your mobile site. Is the campaign ready to launch? Not until you’ve got a call to action. The call to action (CTA) can make or break any marketing piece. In the CTA, you invite the recipient to do something—make a call, sign up for an event, or make a purchase by a certain date. Even with a great direct mail campaign, people won’t always respond right away even if they are interested. Sometimes they have to be asked. They need to be given an invitation or an incentive. Otherwise, your mailer turns out to be a pretty art piece that sits on the counter. This happened to a high-end car manufacturer recently. It created an eye-popping, multi-fold piece promoting its newest model sedan
Post a Comment
Read more 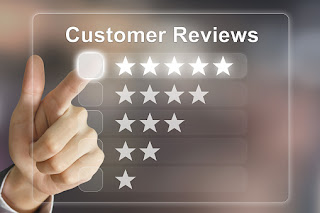 Online reviews can make or break a business. More and more often, customers are turning to sites like Yelp, Google, and Facebook to get an unbiased view of every business they use. Negative reviews are pretty much inevitable, regardless of how hard you try. Your responses, or lack thereof, can also have a dramatic effect on how people view your company's credibility and dedication to customer service. Here are a few tips to handle negative online reviews like a pro. First and foremost it is important to have a consistent approach to handling both positive and negative feedback. Meet Kelly... Kelly owns a local hair salon and uses many types of online profiles to represent her business. Since public comments can't be deleted, Kelly has developed a solid approach to protecting her business' online reputation. Set Up Alerts The first line of defense for Kelly's online business reputation is daily alerts. Setting up alerts through Google, Facebook,
Post a Comment
Read more

Outsourcing Employee Training - When does it make Sense? 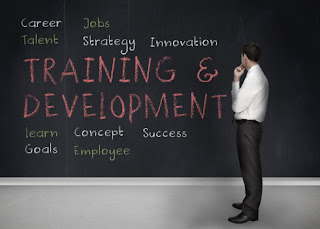 When you first started your company, you likely had some vision of what the customer experience would look like. Depending on your market, it could have looked something like the highly polished Front Desk staff of New York's Plaza Hotel, or maybe the sarcastically surly wait staff of San Diego's Dick's Last Resort. Whatever the market, you definitely wanted to create a distinctive customer experience. Fast-forward a few years...You're standing off to the side of your restaurant/coffee bar/bookstore/clothing boutique and you realize, despite your best efforts at conveying your vision, your staff is just not "getting it." If that's the case and you want to distinguish your establishment, it may be time to bring in some training experts. The big question is this: What makes more sense for your business - doing your training in-house or outsourcing your employee training? Market Placement and Reach Your decision on whether to insource or
Post a Comment
Read more 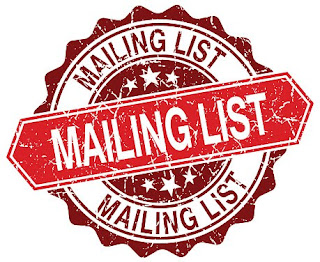 It's ironic, really. The lists that we struggle to be removed from are also the same lists our companies strive to obtain. The truth is, for many businesses, targeted mailing lists are the bread and butter of their marketing efforts. Being able to create niche-marketing materials and then putting those materials into the right hands is essential to a company's survival. Not all mailing lists are created equal, though. Understanding the different types of mailing lists is critical in maximizing the return on your investment of content and quality marketing materials. Consumer Mailing List Consumer mailing lists are comprehensive lists of people associated with their demographic, economic, and psychographic information. The consumer mailing list helps your business target individuals with very specific profiles for maximum return on investment. Typically, you can choose to filter these types of lists by the following data: - Gender - Age - Ethnicity - Ma
Post a Comment
Read more 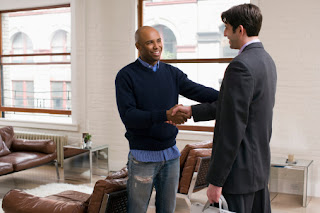 Converting prospects into clients is often a difficult and expensive process. Sales reps can spend weeks, months, even years trying to get a prospective client converted into a buyer. A large part of that process involves face time between the sales rep and the prospect in an attempt to forge a relationship built on trust. Seldom does that face-to-face meeting end in a solid sale. Sales reps hate leaving a prospect without a signed contract, and the days of hardline sales techniques are long gone. So, how do your reps keep the conversation going and the interest building when they're away? The answer is simple: put high-quality, effective print sales collateral in their hot, little hands. Armed with the right mix of marketing materials, your sales reps can leave their prospects with some subliminal messaging that subtly invades the prospects' subconscious after the sales rep leaves. Think of it as a little beacon whispering "buy me...buy me." Highly ef
Post a Comment
Read more 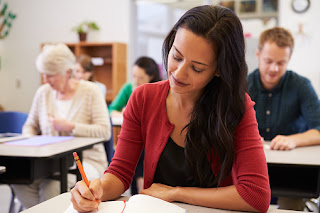 When many people reach a career milestone - be it getting a job with that great new company or even starting their own business - they often leave the concept of education behind. After all, they've already had a huge amount of schooling up to this point and they've succeeded in accomplishing what they set out to, so it probably isn't even necessary anymore, right? Wrong. Career advancement is a journey that never ends and continuing education is one of the single, best ways to make this road the easiest one of you've ever traveled. The Key to the Future Rests in the Present Even if you're completely satisfied with your current position and can't imagine ever wanting to go someplace else, continuing education is still valuable for a number of different reasons. Think about your long-term career goals. Where do you see yourself in a year? In five years? In ten? Even though you're satisfied today, there will still likely come a day where you be
Post a Comment
Read more

The Power of Leadership: Bringing Out the Best From Introverted Employees 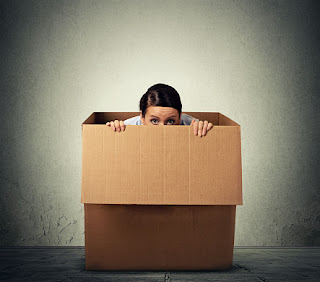 As a business leader, one of the core requirements of your job is to make sure that you're bringing out the absolute best in your team at all times. Every employee working under you not only needs to excel on their own terms but must also be contributing towards the larger whole at the same time. Having quiet, introverted employees can certainly make this difficult, but therein lies the challenge. If you want to use your leadership skills to bring out the best from your introverted employees, you'll certainly want to keep a few key things in mind. Work on Your Pace One of the biggest mistakes you can make in terms of dealing with introverted employees is trying to force them to adapt to the way you like to work. Introverted employees typically don't like fast-paced, high-stress situations. They need time to think, to plan, and to ultimately prepare for the task ahead. Part of the way you can help bring out the best in these employees involves embracing this idea whe
Post a Comment
Read more

Succeed in Business Without Undue Stress: Lessons From a Sailor 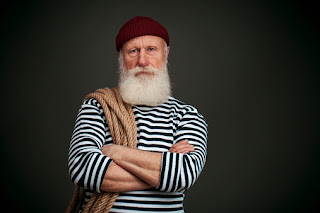 Whether you've been in business for 40 years, or you are a startup waiting for the perfect time to enter the marketplace, you want to know how to succeed in the fast-paced world of capturing market share. Let's see how your business can benefit from the lessons learned in the daily life of a salty sailor. Sailors are known for their exciting tales of far-off worlds and adventure beyond a landlubber's imagination. The trusted captain and crew have a few pointers to share for a successful voyage. Know your vessel. Is she seaworthy? Is she built and maintained by people who take pride in their work? What are her quirks? Not all vessels are the same by any means. Know what makes her unique and tend to those details. What is the greatest strength of your enterprise? What is your core competency, or what is the distinguishing feature of your product? Having a well-defined product or service and a good understanding of how it compares to similar items in the marketplac
Post a Comment
Read more

Understanding What's Really Going on at the Post Office 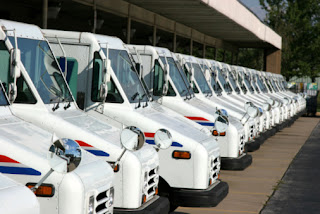 If you had a tough time during the Great Recession of the last few years, you are in the same boat with many, including the United States Postal Service. With computers, e-mail, and the rise of similar types of technology, total mail volume was already on the decline - and then, the most troubling economic times in decades hit. All types of mail volume dropped dramatically in a short period of time. According to the official USPS website, total mail volume in 2006 was roughly 213.1 billion pieces of material. The total mail volume in 2015, on the other hand, was 154.2 billion. While that's still a lot of mailers, flyers, and other items being delivered across the country on a daily basis, a drop of that magnitude is still pretty staggering. What is an Exigent Rate? Because of this situation, the USPS asked for something called an Exigent Rate Case. That meant that due to demanding circumstances, the Postal Service was allowed to "raise market-dominant prices above
Post a Comment
Read more
More posts