Showing posts from August, 2016
Show all

3 Tips to Communicate with All Types of Clients 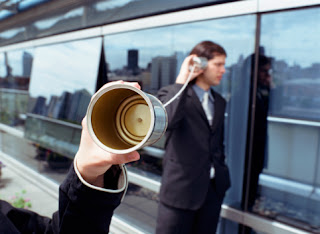 When it comes to reaching your audience, a lot comes down to communicating with them in the language they will understand. We can learn a lot from Julia, a Pasadena ten-year-old. Julia is deaf; her new puppy, Walter, is as well. But, the two have found the ability to communicate with one another with ease. Julia has begun training the seven-month-old puppy by teaching him sign language. The dog knows the signs for sit, water, food and several others. Julia's mother, Chrissy, said that when her Julia was born, she couldn't hear her mom and would smell Chrissy's neck for comfort instead. The moment Chrissy picked up Walter, he did the same thing. "I remember just looking at him, and I knew that he was meant to be ours," she said in a Humane Society video. Walter was the last puppy of his litter to be adopted, but the Humane Society did not give up hope. The Pasadena Humane Society, which introduced the two, posted a video of Julia and Walter on their page. T
Post a Comment
Read more

The Art of Reflection in Business 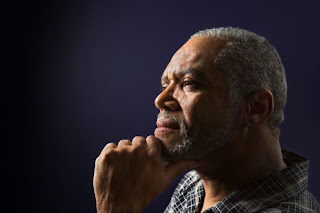 The Art of Reflection in Business Though you might not know the name Aaron Sorkin, you're no doubt familiar with some of his work. He's the brilliant writer behind some of the most critically acclaimed, successful shows on television in the last two decades including, "The West Wing," "Studio 60 on the Sunset Strip," "The Newsroom," and more. One of the constant themes in all of his different works is that the last episode of the first season of all of his shows all share the same title: "What Kind of Day Has It Been." This repetitive title isn't an example of a lazy writer who just can't come up with something unique. It is Sorkin's thesis statement. "What Kind of Day Has It Been" is a phrase he uses to indicate reflection. At the end of the season, he (and his characters) always look back and examine where they've been and how far they've come to get a better idea of where they should be going next.
Post a Comment
Read more

The Courage of Success 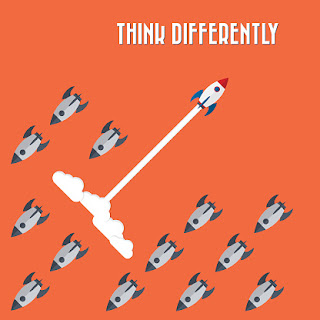 Setting goals to drive revenues and profits is part of doing business. We all strive to be successful in business and in life. When we are young, we look for careers that will make us successful to get the things we want such as a beautiful house, cars, and money. Most people define success as the ultimate goal. However, there are other ways to look at success. "Success is not final; failure is not fatal; it is the courage to continue that counts." ~ Winston Churchill Churchill defined success and failure as a journey instead of the end goal. How do you define success? If you look at success and failure as part of a journey instead of an end goal, life looks very different. Instead of always striving to seek the end, you are marking points along the pathway as measures of success and failure. None of these points is the ultimate goal, but rather, destinations that you can reach and surpass. When you define success in this manner, it takes much of the stress aw
Post a Comment
Read more

Protect Your Business While On the Move 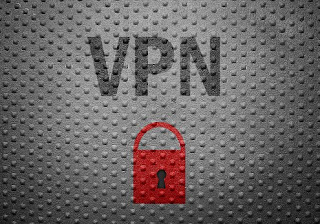 Even if you're not working for an organization that requires you to travel on a regular basis, there is still a high likelihood that you will work from home at some point during your week. Giving people the ability to work remotely not only increases worker productivity but also drives efficiency, lowers stress, reduces employee turnover, and more. However, all of these benefits come at a pretty significant cost: giving employees the ability to work while on the move also increases the chances of a cyber attack pretty profoundly. Organizations that want to leverage the power of modern technology with as few of the downsides as possible would do well to learn three specific letters as quickly as possible: V, P, and N. What is a VPN? Short for "virtual private network," a VPN is exactly that - a private network that extends across either a public network or a larger, global network like the internet. Think of it as a lane on a highway that only you and your empl
Post a Comment
Read more 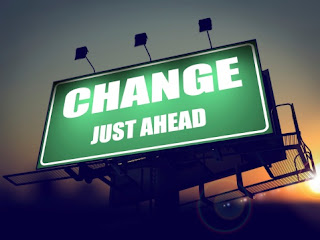 There is no question that people do not like change (https://hbr.org/2012/09/ten-reasons-people-resist-chang). Although some people can adjust more readily than others, it is inherent in our nature that managing change on any level is difficult. When it comes to business, change is inevitable. As the world changes, so do our businesses in order to stay up-to-date and competitive. However, with each change, it becomes necessary to follow a transition process to acclimate both employees and customers. A transition can be the cause for issues to crop up in any area of your business. At a minimum, it can cause whining, grumbling and potential mistakes from your staff. Changing Attitudes When managing change in your business, keep this quote in mind. "Without change, there is no innovation, creativity, or incentive for improvement. Those who initiate change will have a better opportunity to manage the change that is inevitable." ~ William Pollard The Need for I
Post a Comment
Read more

Travel Tips for the Tech-Savvy Professional 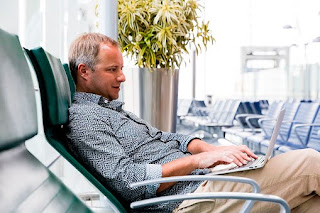 For many professionals, finding themselves on the road (or on an airplane) has quickly become a way of life. With more and more jobs requiring extensive travel regardless of industry, staying productive while away from the office has become of paramount importance. Luckily, technology has stepped up to answer this particular call, and things like the cloud have made it easier than ever to get all of the work you need to get done regardless of location - even if you're halfway around the world away from your office. As with most things, however, this does require you to keep a few key things in mind. There's File Sharing, and Then There's Secure File Sharing In the last few years, file-sharing solutions have become a lifesaver for anyone who needs to remain as productive as possible even if they can't physically make it to the office to do so. More and more traveling professionals are turning to cloud-based providers to do everything from collaborating on documen
Post a Comment
Read more

Out of the Mouths of Babes 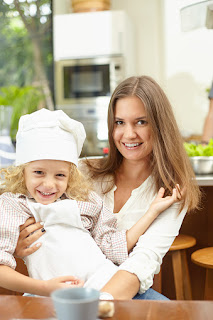 Customer service is sometimes the part of the job that we dread due to the range of customer complaints that ensue. However, if we look at customer service as an opportunity, we can create a lot of positive energy from it. While not all stories are as entertaining as this one, the fact that the customer service response became a boon for the company is evident. Giraffe Bread Lily Robinson, 3 and 1/2 years old, wanted to know why the Tiger Bread from Sainsbury's (a British convenience store) wasn't called Giraffe Bread. After all, it looked like giraffe skin. She wrote a letter to Sainsbury's and her mother mailed it to their customer service department. (https://www.helpscout.net/10-customer-service-stories/) In an incredible customer service response, Chris King, 27 and 1/3 years old, responded to Lily with another letter and a gift card. That response in itself would have been an incredible customer service moment, but the story continues. Sainsbury's
Post a Comment
Read more

The Art of the Learning Opportunity: How to Recover From a Public Relations Nightmare 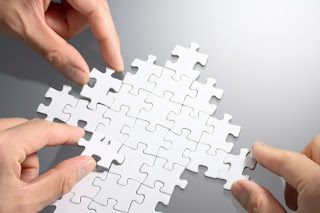 Perhaps the most important thing to keep in mind when operating a business in today's digital age is that EVERY interaction you have with a customer, regardless of how private you think it may be, is a public relations disaster waiting to happen. The internet has brought us together as a society like never before, and this brings with it both its positives and its negatives for organizations everywhere. If someone has a great interaction with your business on the internet, they can easily tell all their friends and family members about it with a quick tweet or Facebook post. Unfortunately, the reverse is also true - even a negative interaction with your customer service department on the telephone can quickly balloon into a PR nightmare in a matter of hours if you're not careful. Because of this, it's best just to assume that EVERY conversation you have with a customer is under public scrutiny at all times (because it probably is). Even responding to what you believe to
Post a Comment
Read more

What A 9-year-old Reporter Can Teach Us About Perseverance 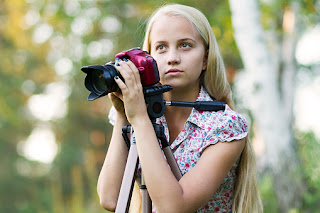 Nine-year-old Hilde Lysiak is the brains behind Orange Street News, which bills itself as the only newspaper dedicated to Selinsgrove, Pennsylvania. When she broke the story of a murder in her neighborhood hours before professional news outlets, she received some backlash from online commenters. Because of her young age, some people said that she should focus on "cute" stories. One even went so far as to say that she should report on "tea parties and dolls." Despite the criticisms, Hilde has continued to report the news. She has a hotline that people can call to have vandalism investigated. Stories reported by Orange Street News range from local thefts to the expansion of the route of a local ice cream truck. While some feel that reporting on the hard news is not the job of a nine-year-old, one group, in particular, disagrees: publisher Scholastic has just offered Hilde a four-book deal. She will be co-writing a mystery series with her father. The first book com
Post a Comment
Read more
More posts