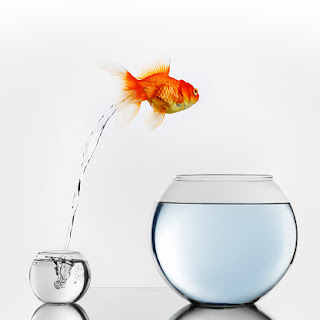 Pierre Omidyar didn't plan to start a mega-corporation in the late fall of 1995. In fact, all he wanted to do was get rid of some computer equipment he had laying around by selling it through a digital garage sale. However, once he realized how popular his simple web page started to become, and the fact that he could charge a fee for folks to use it, eBay was born.

In three short years, the eBay online auction concept went from a private website to a viable business that quickly began to explode. Omidyar had hit on what many in business invention call a "primal need," something that everybody needs and doesn't yet exist.

With the help of Jeff Skoll, Omidyar brought in Meg Whitman, the same Whitman who later ran for California's governor, and corporate eBay took off. By 1998, eBay had gone beyond just selling used and collection items and was quickly becoming a viable brand name for online selling in general. The model continues today and competes directly against regular retail selling.

Seeing What it Could Become

The key aspect of Omidyar's success, however, was not Whitman and her corporate choices of personnel, nor was it the smart linkup with PayPal to make eBay's payment processing extraordinarily fluid and easy for customers. Omidyar could see that he had something valuable and, if given the resources, what it could become. This key talent is what makes the difference between inventors and idea people who never quite achieve success, and people like Omidyar who realize what seems to be impossible starting out.

Omidyar had a number of essential factors present and working in his favor:

Without these elements in place, Omidyar's personal website might have made some small cash and even generated a small following, but it would not have turned into the worldwide corporation we know as eBay today.

Finding Ways to Make it Grow

Some explain the opportunity as a momentary blast of good luck or fate, and others argue it's the genius of the person involved producing some incredible new service or product. In reality, eBay is neither; it is a product of Omidyar being able to see the promise of an idea and finding ways to make it grow and become more useful, accessible, and popular.

Ebay expanded and became a household name because the company took every opportunity to follow the four principles above in its business strategy. That constant commitment to creating value in a brand is why people keep coming back to eBay as a service some 20 years later, regardless of what the internet and technology have provided since.

If you need help creating value in your brand, we're here to help. Give us a call today!