Turning Failure Into Success - Stories of Famous Achievers and Their Failures 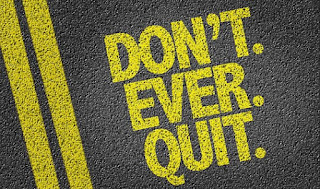 Every entrepreneur, and I do mean every, has had a taste of failure at one time or another. The slam-dunk business idea that landed flat. The star product that fizzled out. It happens more often than you really hear about, but to those individuals that it's happening to, the "failures" can be seriously disheartening. If you're feeling a bit down about a business venture that didn't go as you planned, don't lose hope. Countless well-known and successful individuals have achieved their dreams despite multiple setbacks. Their stories are sure to inspire you.

Henry Ford
Best known for the most ubiquitous automobile on the road today, Ford founder, Henry Ford had a rocky start. Early on in his life, Ford worked as an engineer for the Edison Illuminating Company in Detroit. It was during this time that he built the first gasoline-powered horseless carriage in a shed behind his home. Due to a number of factors, including controversial views on politics and battles with the United Automobile Workers, Ford reportedly went broke three different times. Despite numerous setbacks, Ford went on to develop new methods for mass production that put the automobile within the reach of ordinary citizens.

Louis Pasteur
Louis Pasteur was a French Chemist and Microbiologist most well-known for his invention of pasteurization, a process that kills bacteria in food through extreme heat. Beyond making food safer for people for years to come, this below-average chemistry student is also responsible for creating vaccines for anthrax and rabies. Not bad for a student ranked 15 out of 22 chemistry students!

George Lucas
George Lucas...the man that brought us Luke Skywalker, Han Solo, Darth Vader, and the Force, fueled every kids' dream of being a fighter pilot in outer space. It's hard to imagine that a franchise worth over $30 billion began with rejections from every studio in Hollywood before 20th Century Fox finally took a chance on it. We shudder to think what would have happened had he just given up and went home.

He's what George Lucas says about failure: "If you're creating things, you're doing things that have a high potential for failure, especially if you're doing things that haven't been done before. And you learn from those things. No matter how you cut it, you say, 'Well, that didn't work,' or, 'Well, this didn't work,' or 'That was not the best idea.' And you use that information that you've gotten, which is experience... Failure is another word for experience."

Walt Disney
Known for his fanciful theme parks and animated children's tales, Walt Disney wasn't always living in the lap of luxury. Countless instances of adversity rained down on Disney in his early years as an animator. After having to dissolve his company in 1921, he was unable to pay his rent and was living on dog food to survive. Later, after gaining some success with a cartoon character named Oswald the Rabbit, Universal obtained ownership of the character and hired all of Disney's artists when Disney tried to negotiate with Universal Studios to increase his pay. Not surprisingly, Disney reportedly suffered from depression during his long career. The suffering and perseverance paid off, as assets of the Walt Disney Company are currently in excess of $89 billion in 2015.

Dr. Seuss
Who would have thought that one of the most well-known and revered children's book authors had trouble getting his writing career off of the ground? It's true, though. The crafty "Cat in the Hat" creator was reportedly rejected by 27 publishers for his first book "And to Think That I Saw it on Mulberry Street." The 28th publisher, Vanguard Press, took a chance on the young author, ultimately selling over 6 million copies of that first book. Since then, Dr. Suess has published over 40 books and sold over 600 million copies. The best part is how he made a positive impact on the lives of millions of kids around the world.

Remember, you write your own stories, so you are in control of writing your ending. Will those "failures" become opportunities or excuses to quit?