Daring to be Innovative 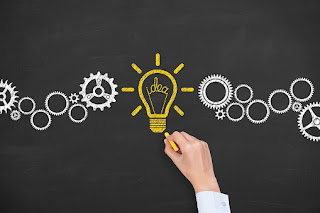 Ideas that turn the conversation on its head producing an altered perception are clearly among the most interesting. Nobel Prize winning playwright George Bernard Shaw perhaps related this concept best when he said, "The reasonable man adapts himself to the world; the unreasonable one persists in trying to adapt the world to himself. Therefore, all progress depends on the unreasonable man." Of course, being unreasonable here is equated with being unbound by convention rather than being not guided by good sense.

Being unbound by convention is the first prerequisite for innovation, and turning arguments on their heads is one of the next important steps in the process.

In Steve McQueen's racing-themed movie "Le Mans," he answers a serious question concerning what is so important about driving faster than anyone else. His answer turns the question on its head. He says, "A lot of people go through life doing things badly. Racing is important to men who do it well. Racing is life. Anything that happens before or after â€¦is just waiting."

Author of many books as well as the best selling business video in history, Joel Arthur Barker put it slightly differently. He said, "Vision without action is merely a dream. Action without vision just passes the time. Vision with action can change the world!" Innovation is what drives the most dramatic change.

To most, innovation comes with some degree of difficulty since we are typically forced to abandon alternatives with which we have become quite familiar. After all, we have learned that not all change is good. This is why you have to be somewhat daring to be truly innovative. Daring to be innovative does involve some risk, but hesitancy in following a dream gets you no closer to that dream. Progress in business depends upon the "unreasonable" entrepreneur.

Have you ever used the old trick of phoning someone and allowing it to ring for only a moment before hanging up to signal your presence or arrival somewhere? This bypasses telephone company fees since there was no connection established. Valery Wagoner created ZipDial, a "missed call" marketing platform, to exploit that concept further.

Companies promote a ZipDial number in their advertising. Customers then call and hang up, only to be contacted by the company to complete their transactions, enter contests, obtain coupons, or take advantage of other promotions. The innovation was using an existing idea to generate new business. In January, 2015, Wagoner turned her innovative idea into a deal with Twitter, which acquired ZipDial for an estimated $30 million.

Xiaomi is a recent entry into the burgeoning smartphone market. The innovative part of their marketing model is a reliance on peripherals and software applications to build profitability. The smartphone, itself, has a paper-thin profit margin, but the apps sold to go with it are the source of much of the company's substantial revenue. That is one aspect, but the other is sheer volume. Because of their low price (and the speed of "flash sales" in an internet-driven economy), one of the phone models sold out in a matter of two minutes. One hundred thousand phones in two minutes, and each of them requires software.

These two companies approached their problems with imagination and the willingness to innovate. "Unreasonable" entrepreneurs followed the advice of business commentator David O. Adeife, who said, "Never innovate to compete; innovate to change the rules of the game." Innovation does not necessarily involve reinventing the wheel. Successfully applying proven models in new contexts is every bit as innovative as coming up with the better mousetrap.