Finding Your Position on the Field 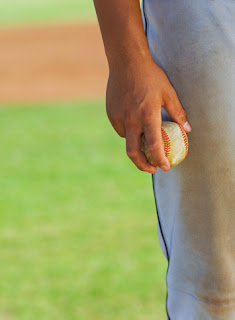 The 2002 movie The Rookie focuses on Jim Morris, a high school science teacher who managed to play major league baseball long after what most athletes would consider their prime. It's an entertaining feature and stays impressively close to the real-life story of Morris, who pitched in the major leagues from 1999 to 2000.

The audience learns at the opening of the movie that this father and high school science teacher had always loved the game of baseball. He had excelled at it during his youth, but due to various circumstances, he had to give it up before be was able to play in the big leagues.

While coaching his high school baseball team, Morris makes a bet with his team that if they can win their championship, he will try out once again for a professional team. During tryouts, he manages to amaze everyone with a fastball that falls just shy of 100 mph. This paves the way for his triumphs.

The Rookie is definitely a "feel good" movie. It's the type of film that motivates viewers to go out and follow their own dreams, too. In addition to lifting the audience's spirits, however, there's a very poignant business lesson that every entrepreneur and growing business should pay attention to.

If you have the talent, there is a place for you at the table.

The digital era has made it possible for just about anyone to start a business. This has led to considerable saturation and heavy competition. It has also resulted in specialization and businesses that are able to target very specific niches.

For a new entrepreneur just beginning a new business, this can seem considerably intimidating. How does one succeed in business when there seem to be too many companies within the industry already? It's entirely possible, provided you have the skills necessary and are ready to put in the work.

When Morris decided to pursue his dream of playing in the major leagues, he had enormous odds against him. For starters, he was significantly older than most of the other young men trying out. While they were coming to the game fresh out of high school or college, he had not played competitively himself in years. There were also numerous talented pitchers at the tryout and throughout the league. Despite these potential roadblocks, Morris had confidence that he deserved a position on the team, and he went out to earn that place. He was able to show the coaches that of all the talented pitchers available, he had something special to offer.

As a business professional, you must do the same thing. If you know you have the talent to run your business well, then focus on showing others what makes you so fantastic. There's no industry so saturated that a talented and strategic business professional cannot become a leader. The key to success is working hard, showing determination, and having confidence in your ability. It might be hard to break into an industry that already has ample talent, but when you have the perseverance necessary, it is possible.

For those interested in starting their own business, the digital era has been a blessing. Unfortunately, the sheer volume of existing online companies can also seem intimidating. Take some inspiration from Jim Morris of The Rookie, and remember that talent and hard work can make it possible for anyone to become a leader in any industry. If you're ready to start advertising your business, contact us today. 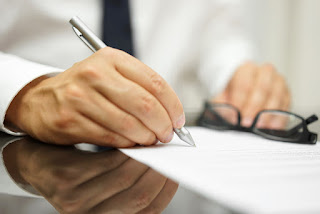 Are you looking to entice a new lead or land a big client? Today’s marketers know direct mail is an especially persuasive medium. According to 2018 direct mail response statistics , direct mail offered a 9% response rate to house lists and a 4.9% response to prospect lists. And one of the most potent tools of the trade is the good old-fashioned sales letter. Want to grab attention with a persuasive, relevant, engaging letter? Here are a few tips: Start with a powerful hook If you want readers to make it past the first sentence, your first paragraph must arouse curiosity, evoke emotion, or resonate with a problem or pain point of a specific individual. People can’t finish what they don’t start, so the opening sentences must be rock solid. Make your sales letter look like a regular letter The most relatable letters are those that feel personal. For a more casual effect, use script font or type-writer styles like New Courier or Prestige Elite. Write with a conversational
Read more

5 Ways to Reconnect To Your Audience

The last year and a half with the COVID pandemic has been highly disruptive, breaking relationships and forcing distance between people in all facets of life. Business hasn't been excluded from that effect. That's why it's more important now to reintroduce your products and services to clients and remind them that you exist, you can help, and you're available for them. Remember, out of sight is out of mind; clients forget why they used a service when there's a lack of contact and frequency. And that leaves room for your market to erode and someone else to fill the gap if they happen to be present. 5 Ways to Reconnect To Your Audience 1. Be Proactive Part of reconnecting means being proactive and reaching out again, even without an invite. A client will be fine with communication most of the time, noting they forgot how much they relied on your service. Use that opener to remind them how valuable your support was for their needs. Even if they don't
Read more

Packaging as a Marketing Tool: Because Innovation Waits for No One 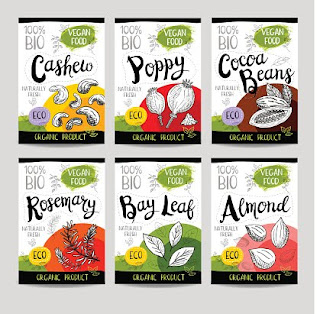 Marketing is all about relationships. You're not just selling to someone; you're informing them. You're providing them a service that extends beyond the literal product or service that you're selling and into the realm of education. People want to make informed decisions, and a properly executed marketing campaign plays a role in that. To that end, it's important to talk about an essential element of marketing that far too many people tend to overlook: product packaging. Sure, packaging has a physical function in that you can't get a product onto store shelves (or directly into the hands of consumers) in one piece without it. However, it also has the potential to be an incredibly powerful "last second" marketing tool if you approach it from the right angle. Why Packaging Matters Few things are more important than a first impression. According to a study conducted by Business Insider , customers usually only take about seven seconds on average t
Read more