Perseverance: How to Know If It's Time to Quit 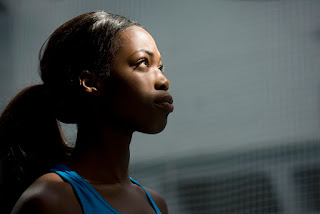 Over the last two years, there has been a great buzz about 37-year-old tennis phenom Serena Williams.


Williams has 23 Grand Slam titles and a dominant career, ranked number one for 319 weeks over 15 years. In 2017, Williams gave birth to her first daughter. Many wondered how motherhood would affect her career. Would she return with the same fight? Would she return at all?


Williams roared back to the semi-final of the 2018 U.S. Open and quickly regained top 10 rankings. Fans worldwide were inspired by her courage and moved by her transparency about her struggles.


Faced with a Crossroads


In life, you will face discouragement, wondering, "Is it time to quit? Should I alter my path or press on through resistance?"


On one hand, redirecting can be wise, helping you avoid harm or consider better alternatives. Conversely, quitting might weaken your character or prevent you from realizing an achievement that's closer than you think.


Walter Mallory, an associate of inventor Thomas Edison, was expressing regret that the first nine thousand experiments with a battery yielded few results. Edison had a different perspective:


"Results! Why, man, I have gotten a lot of results! I have found several thousand things that won't work!"


To Fish or Cut Bait?


Pressing on in a project can build character, enhance your skill set, and build confidence that can only come through trial. The best leaders are those who've been tested.


When tempted to quit, ask yourself whether other alternatives seem tangible or rewarding. Does a change seem realistic? Could you tweak certain variables to make a situation more bearable? Perhaps your moments of greatest discouragement are those when you're actually closest to breakthrough!


But whoever said "quitters never win" may have been wrong. Quitting is scary, but sometimes continuing is worse. Stubbornness can destroy important relationships, blind you to better alternatives, or make you oblivious to your destruction. It might be time to quit when:

In 2010, Mexican golfer Lorena Ochoa shocked fans when she retired at 28. At that time, she was ranked number one in the world, a winner of two major championships and millions in prize money.


An impulsive decision? Ochoa says no. From early in her career, Ochoa wanted to marry and raise a family without golf, projecting about 10 years on the tour.


" . . . For me, getting married and having a family, that was more important," Ochoa said. "Now that I'm a mother, I wouldn't change that for anything in the world and I feel blessed. I'm really, really happy that I made the decision at the right time and now I can enjoy 100% this second stage of my life.''


Looking back, Ochoa said knowing there was a definite "end" actually helped her game:


"When I was in a difficult position and I was either upset or tired or angry or disappointed, I keep saying, 'OK, y'know I have three or four years left. I'm going to do it and continue and I'm going to put everything into it' . . . When I look back and I see what I did, I just feel even luckier because I made the right decision at the perfect time."


Ochoa's courage may inspire you to think of it this way: perhaps it's time to quit when saying no to the good means you can say YES to the best.