How to Turn Negativity into Inspiration 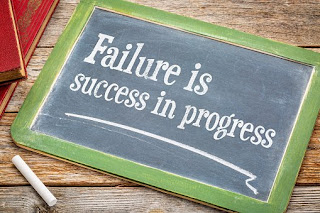 It's easy to look at successful businesspeople and feel jealous of what they've accomplished. They make it look so easy that you wonder why you're not having the same level of success in your life and career. However, what you may not see is the hundreds of times they've had their ideas shot down, been passed over for a promotion, and just generally rejected in their lives. No one is immune to the soul-crushing feeling of harsh criticisms, but how you react to these situations is what makes the difference. From taking a leap into the unknown to dealing with difficult situations, these stories of overcoming negative situations will inspire you to achieve more than you could possibly imagine.

George Lucas tried to sell his Star Wars script with studios for nearly five years before he finally received his first chance. It's almost unimaginable that without one 20th Century Fox executive who believed in his vision, generations of children and adults alike would have never been introduced to that vast galaxy that lives far, far away. Today, this franchise is worth over $30 billion and continues to expand. His thoughts about always pushing forward through rejection and failure? "You use the information that you've gotten, which is experience . . . Failure is another word for experience."

Apprentice Yourself in Failure

Henry Ford's story tells how he spent his life working on every conceivable type of device, but it wasn't until he tried his hand at creating a horseless carriage that he truly began -- to fail. He started multiple companies with various partners, each time attempting to find the secret sauce that would allow him to produce his automobile efficiently and cost-effectively. Throughout his journey, he faced setbacks and people who didn't believe that he could be successful. Finally, he found the ideal financial backer who allowed him to realize his true vision of an inexpensive yet reliable vehicle that could be mass-produced. By never giving up, he not only made Ford a household name but also created innovative production methods that jump-started the American economy.

There are few Cinderella stories more inspirational than that of Abraham Lincoln. From his birth in a one-room log cabin to a sketchy education, Abraham Lincoln went on to become one of the most influential leaders in American history. Not only was he demoted during his stint in the Army, not only did he work through several failed businesses, but he also suffered defeat through multiple elections before rising to the country's highest position. Abraham Lincoln's inspiring story shows that failure is truly never an option.

The Right Job for Enough Money

Not everyone equates becoming rich and famous with being successful. In fact, Professor Jeffrey Sachs feels that the key to inspiration is finding the right job for enough money. Being inspired, and inspiring others, often comes towards the middle or end of a long career that can include negativity, stress, poor bosses, and apathetic co-workers. While it's practically impossible to know upfront whether a particular job will become what inspires you, the only way to reach that higher plane is through overcoming negativity. Work-life balance and true happiness come through the inspiration to excel wherever life finds you.

Life is difficult, and few people will hand you an opportunity on a silver platter. Turning negativity into inspiration may be one of the toughest things that you will ever do, but the payoff is everything! Take a moment each day to inspire and uplift others. You never know when your kind words could encourage someone to keep pushing towards their dreams.