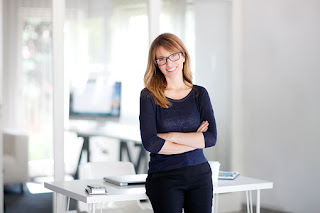 There are plenty of lists in business and the news. However, they frequently only represent one half of the human race with men. The fact is, women can be just as tremendous as business leaders, and they are showing their capability daily. Here are five women we all can take a lesson from in how they function and perform as leaders and would provide great case studies if the higher education system would recognize them:

General Motors has been in the heat of regulatory and litigious battle over faulty car ignitions that were known by its management to exist but were allegedly tolerated for cost savings. However, it has been Mary Barra who has been at the helm of the company leading it back on the correct path. And Barra is no stranger to the car world. She worked her way up from the bottom through engineering and then through administrative management as an insider. She is the most powerful American car company CEO yet most American drivers know nothing about her.

If your name is on a government file somewhere, there's a good chance Rometti's company product has touched it. As the CEO of IBM, Rometti's products and services have the widest reach and are used worldwide. Ginni Rometti was also an insider, starting with IBM as a system engineer in 1981 and then working upward into management. Today, her decisions impact every big company and government that relies on large database systems and related hardware, but many in the tech field would be hard-pressed to remember her name on a test.

Probably one of the most recognizable of women business leaders due to her run for Governor of California in 2010, Whitman today is the in-charge CEO of HPE (formerly Hewlett-Packard). Whitman first gained fame as hard-charging CEO of eBay, launching its massive growth in the 2000s, but she was already on the executive track well before. Although she resigned in February 2018, Whitman continues to redefine her role as one of the longest-lasting CEO role models for women in business. And many wonder what Whitman's next step will be in 2018 as the leader has reincarnated herself multiple times.

Another insider who worked her way up the ranks, Hewson started with Lockheed-Martin in 1983. In her earlier executive capacity, Hewson has held key roles in operational leadership in a company that competes with the biggest brass for top aviation contracts from the government, military, and industry. Since 2015, she has been aggressive on the military market, reading the tea leaves for a resurgence in military spending. Her strategy was correct, especially after the latest Presidential election results. Most would not expect to see Hewson next to generals in photo ops, but she is the face of Lockheed-Martin on Capitol Hill.

When people think of a cigarette company CEO, they visualize an older man with thinning hair and a cigar. They don't think of Debra Crew. Yet this CEO has cut her teeth in PepsiCo, Dreyers, and as a veteran intelligence officer prior to her executive days. Crew's challenge is huge, making a company work in a world where smoking seems to be a dying market. And since her start as CEO the company has grown in capitalized market value by 16 percent.

These five women are not models, actresses, or famous wives. They are battle-hardened CEOs worth their title and with billions in market investment at their fingertips.