Printing: Greener than You Think 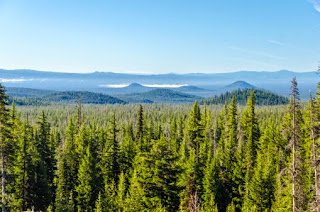 Everyone who's worked around printing has undoubtedly heard the same mantra at least once or twice: Save a tree -- don't print. While it's true that climate change is a major challenge facing our nation and the world, the idea that printing is contributing to deforestation is a misconception. Research indicates that the number of trees in the U.S. is actually on the rise. Tree farming -- the source of most paper products -- is the cause.

In reality, printing is a sustainable industry that actually benefits the environment. Let's debunk a few of the myths surrounding printing... and discover why it's greener than you think.

Myth #1: The Number of Trees in the U.S. is Declining

Actually, the opposite is true. Statistics from the Food and Agriculture Organization indicate that forest growth has exceeded harvest for more than 60 years; in fact, forest growth volume is 380 percent more today than it was in the 1920s. That means that the country is actually home to 20 percent more trees today than on the first Earth Day in 1970.

What's behind this growth? A few factors, including:

Number three is especially significant for the printing industry. Every day, those who privately own and manage forests, tree farms, and tree plantations plant about 4 million trees -- or three times as many as they harvest.

Only about 11 percent of harvested trees are used to make paper (while 53 percent are used for fuel and 28 percent for lumber), so that "think before you print and save a tree" saying isn't accurate.

In fact, printing actually contributes to the increasing number of trees. How? When there's a healthy market for sustainably grown trees, landowners are much more likely to continue using their land to grow and maintain forests, rather than sell land off to developers. The more land that's used for sustainable tree farming, the less pressure there is on primary forests to produce wood fiber.

Myth #3: Going Digital is Better for the Earth

As it turns out, not so much. Do you know what materials are used to manufacture those iPads, smart phones, e-readers, and laptops? Let's compare e-readers and books.

Health Impact: The adverse effects on human health -- such as toxic emissions -- of making an e-reader are 70 times higher than that of making a book.

Disposal: E-readers contain toxins that can leach into ground water if not properly recycled; a non-recycled book decomposes in a landfill, generating about twice as many emissions as the manufacturing process.

A few other facts to consider: In the U.S., more than half the energy expended on paper manufacturing comes from renewable resources, and printing is a one-time input of energy. Digital devices, on the other hand, require constant energy. Plus, Americans generate more than 13 million tons of e-waste per year. Overall, the environmental impact of one e-reader is equivalent to about 100 books, according to the New York Times.

Given the numbers, it's easy to understand how printing contributes to a greener Earth.